Held on the Cornish Bank of Upper Tamar three teams of five captained respectively by the Match Secretary Simon Allen, Chairman Paul Braund and Angling Celebrity Nathan Underwood contested the annual Chairs Trophy.  Whilst the anticipated big bags of roach did not materialize over half the anglers did make double figure bags on a blustery day.

Nathan Underwood played a captains innings and bagged a succession of skimmers on the 11 meter pole for a 38lb winning bag.  Simon Allen was also leading by example and notched up 23lbs of roach on the short pole to win his section and finish second.  Third place went to Matt Sampson who bagged 20lbs of roach on the peg next to Simon (delivering a section win by default to Dave Allen).

Fine section wins by Mike Bowden and Paul Drissell with second in sections for Pete Slade and Tony Johns, easily gave the Match Secretary's Team victory by a margin of 4 points to regain the Chairs Trophy from the Chairman.  Paul Braund picked up the final section win with a 15lb bag of skimmers taken on the feeder. 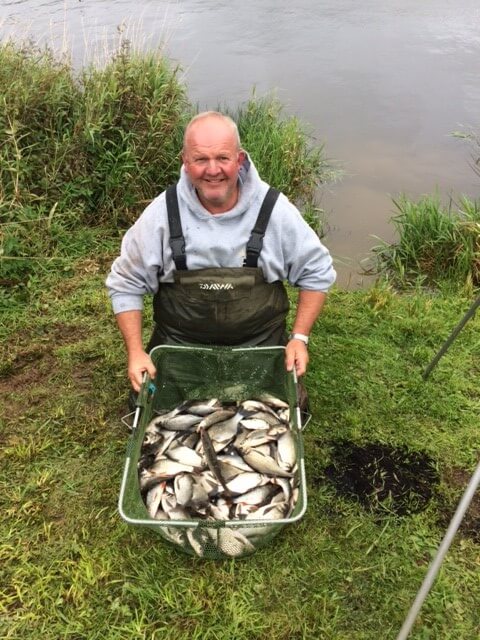 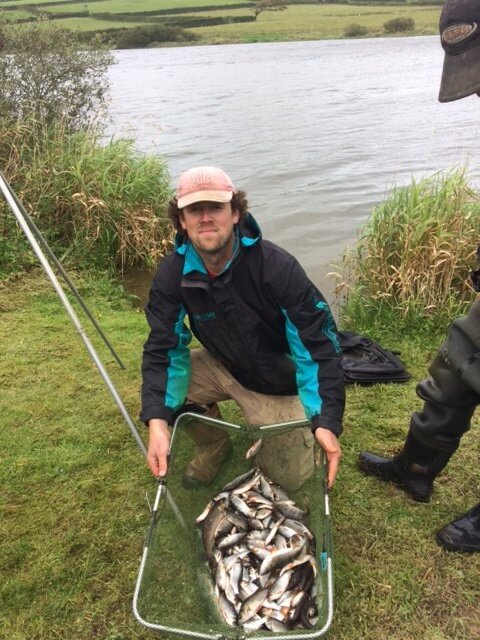 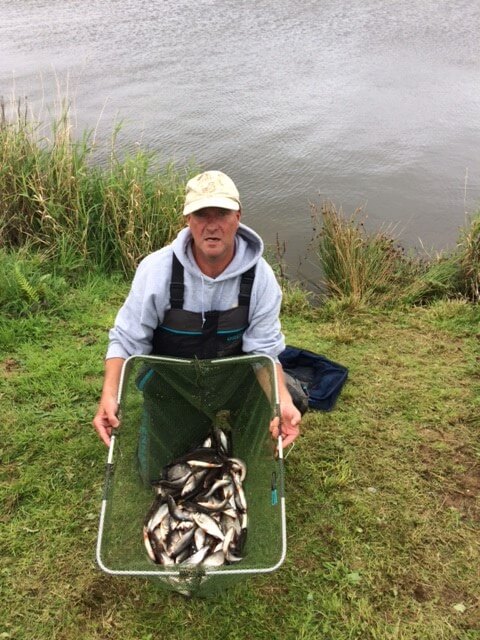 Driss with 18lbs of Silvers for Section
Categories:
Competitions
Other Contests