The Environment Agency (EA) have been true to their word when they promised to provide the Association with fish to replace those lost when they were mistakenly let out of the Middle Pound by contractors repairing the Lock Gate.  The EA Team (Richard and Neil, pictured with Secretary Guy Pessell below) delivered 7,900 fish from their Calverton Fish Farm on Tuesday afternoon (22nd January).

The Secretary in Action 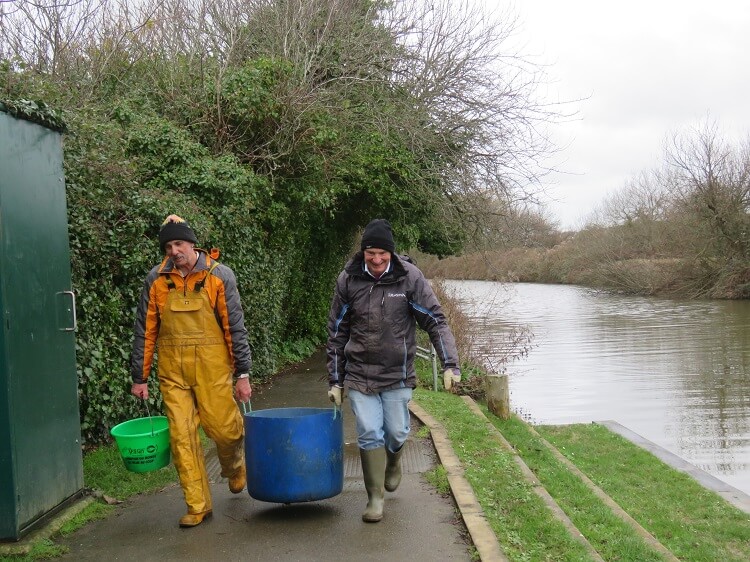 Adrian and Steve with More Fish

The fish were of a good size as you will see from the photographs below and the breakdown of species stocked was as follows: 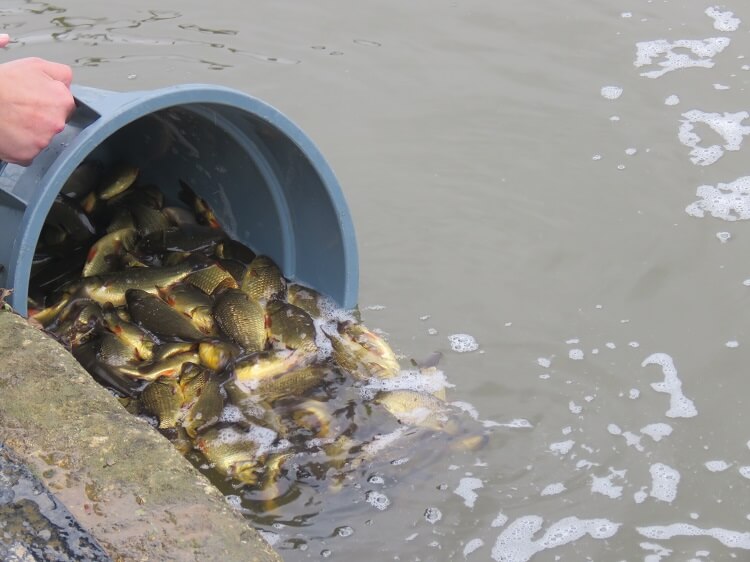 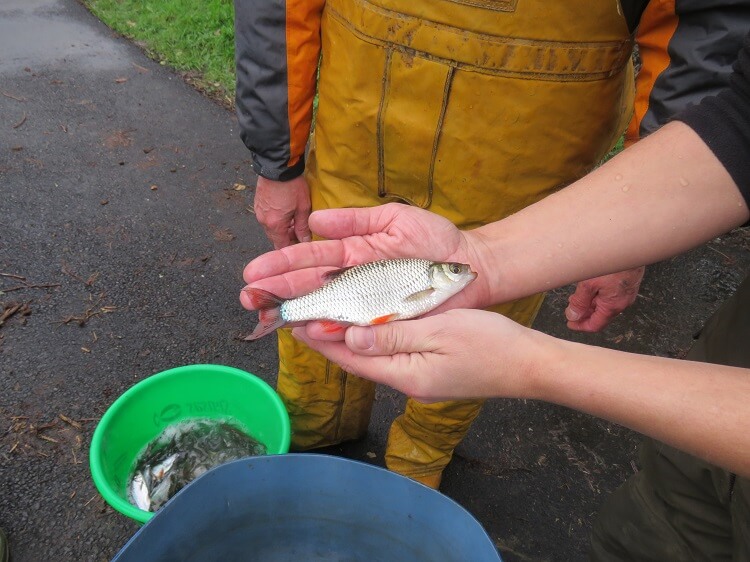 Thanks needs to go to Secretary Guy (Pessell), and Committee Members  Steve (Whitehouse) and Adrian (Hill) who helped transport the fish from Rodds Bridge Farm to the Middle Pound.  Also thanks to Peter Wonnacott who allowed the trucks to park on his drive and Sally Gallop at the EA for organising the necessary paperwork.

We look forward to hearing reports from you all as to the quality of the fishing on what is a relatively quiet stretch of the canal.