It was decided again to close up the peg distances in the Lower Basin to get ten anglers into this productive section (peg 1 =20 to peg 10=13).  Adrian 'Sailor' Hill took full advantage of drawing peg 5 (mid-Lower Basin) to bank three slabs (4lb+) and some quality roach for 22lbs 8ozs.  Worm fished on the 9 meter pole did the rick which brought a £100 win bonus as Adrian was on the silver peg.  Simon Allen did not manage to attract any bonus fish but did net 15lbs of silvers for second place from peg 1 which confirmed him as the Winter League champion.  Paul Braund stuck to silver basahing and swung in 11lbs of silvers (with a few netter roach and hybrids), mainly taken on the 3 meter whip, to finish third.

London Tone Hillas fished sweetcorn on the long pole to tempt a Bird Hide carp but was rewarded with a 10lbs haul of skimmers instead  to win that section. Andy Southey and Brian Powel tied for the Lower Basin section win with 8lbs 3ozs. 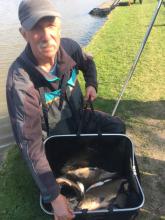 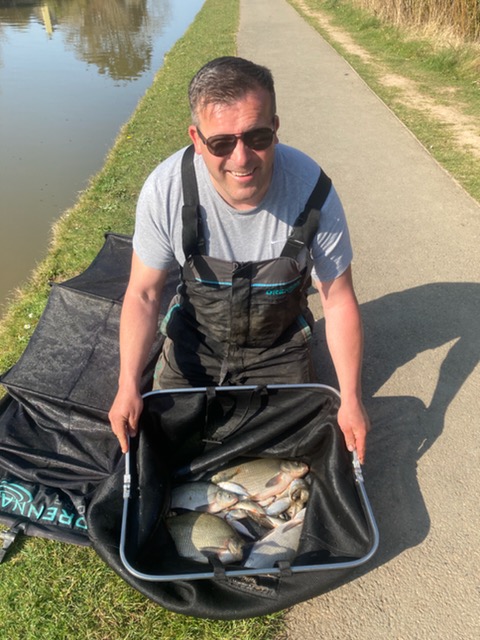