The blusterly southerly wind perhaps proved some anglers theories that on windy days the bream will shoal to the windwawrd ends of the basins with end pegs 13 and 30 featuring in the top three.  Furthest downwind was Simon Allen on peg 13 where he netted 22lbs of bream on the pole including a few bronzer slabs. 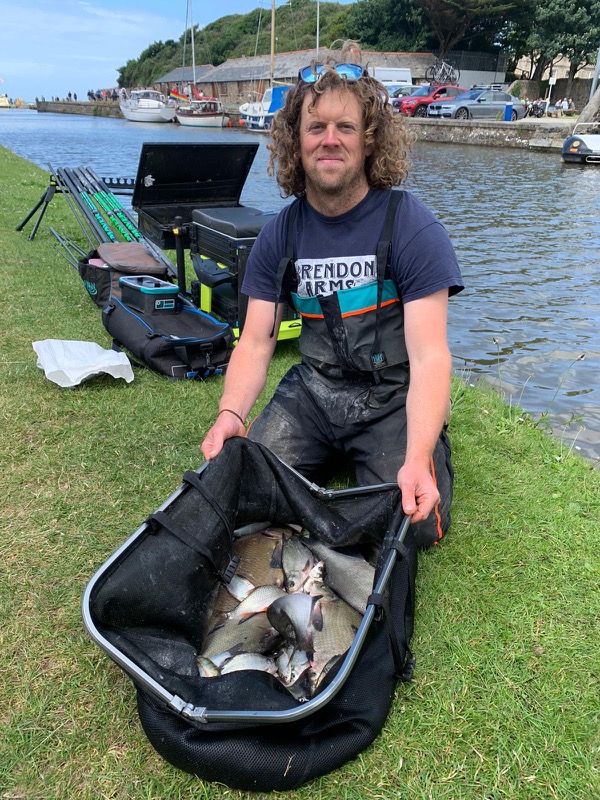 Tone Johns decided not to chase skimmers and concentrated on the short pole bagging up on 9lbs of silvers that included a few plump perch from peg 17, enough to take second place.  Tony Hillas had the downwind peg in the Second Basin and finished third netting 7lbs of skimmers, mainly on the tip (of interest Matt Sampson had a bag of skimmers for 28lbs off that peg fishing the tip in the week).

There was a section win for Dave Allen in the Lower Basin who changed to shallow waggler tactics in the last hour to bag some decent silvers to pull clear of the opposition. Mark Gratton took the section in the Second Basin with 5lbs of hard to find silvers on a tough day for anyone drawing a green tile.